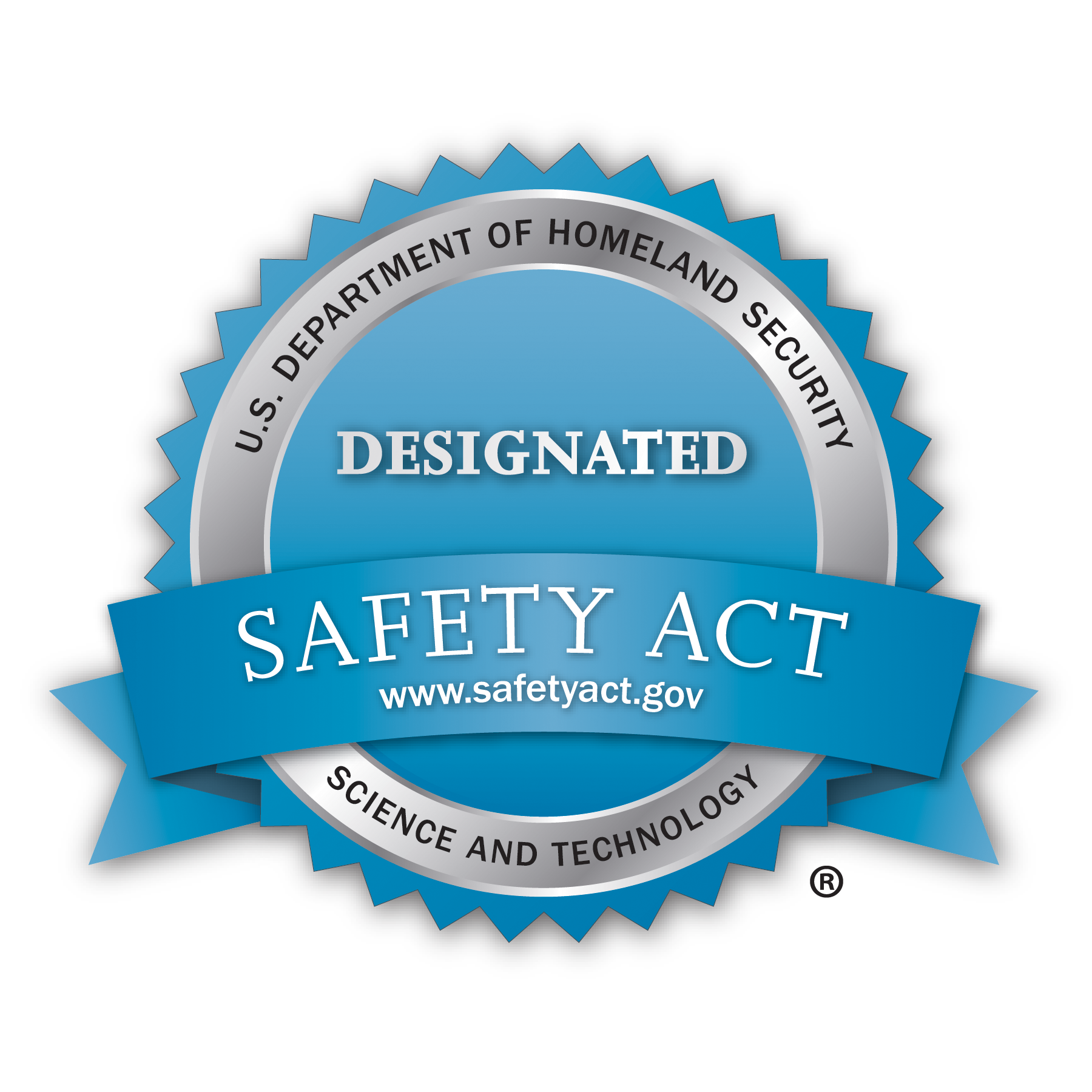 K2 has received the SAFETY Act Designation for Single Purpose Explosives Detection Canine Handler Teams
December 18, 2017 –The Technology consists of explosives detection canine teams comprised of one handler and one canine deployed to locate explosives in stationary objects such as vehicles, luggage, bags, and cargo at commercial and U.S. Government locations in the United States. The Technology includes hiring and vetting of personnel, and policies and procedure. This Developmental Testing and Evaluation Designation will expire on November 30, 2022.

What is the SAFETY Act? 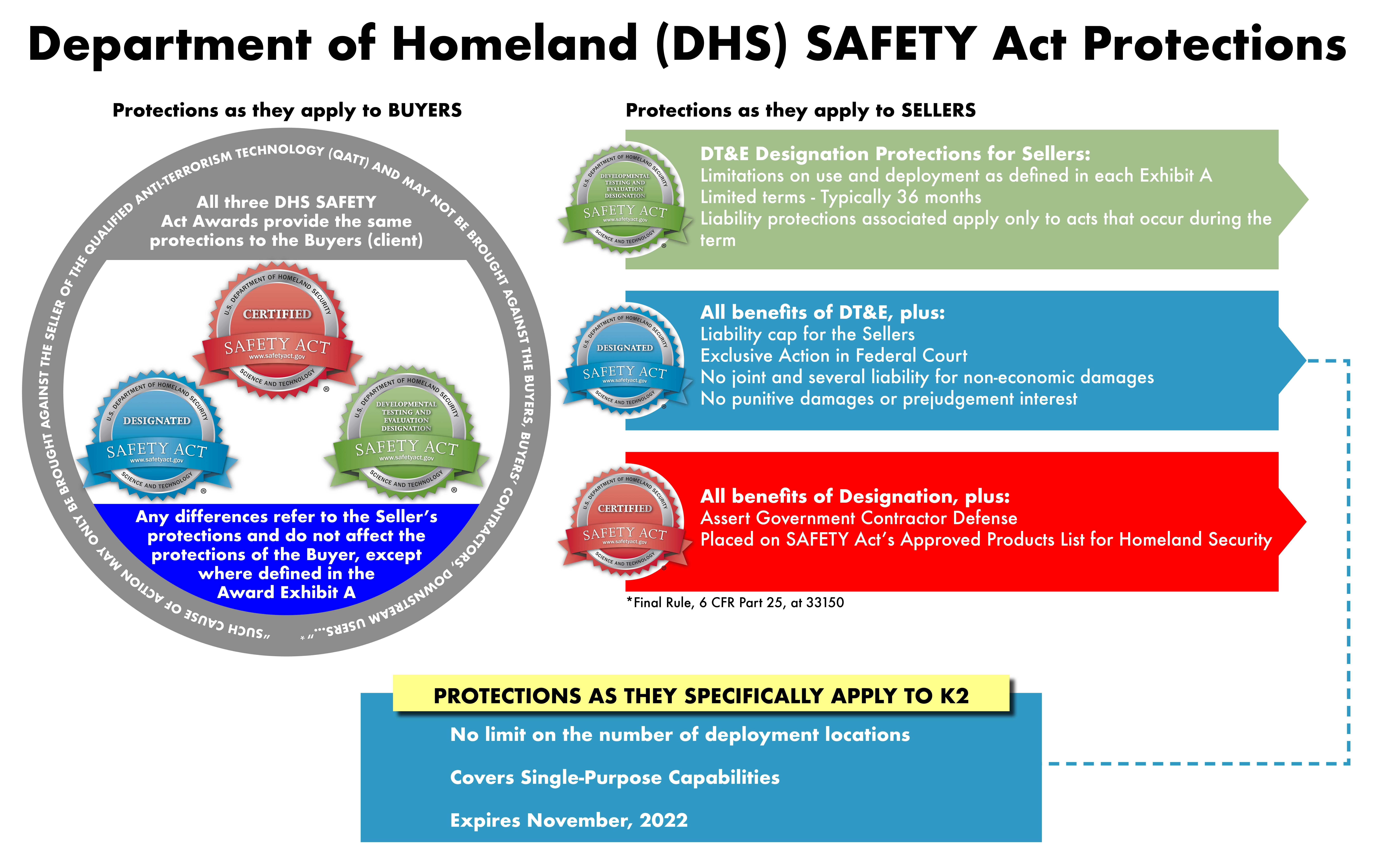 What does the SAFETY Act Designation Mean for our Customers?

The SAFETY Act liability protections apply to a wide range of technologies, including: products, services, software and other forms of intellectual property that are designed or modified to identify, detect, deter, respond to, or otherwise mitigate the impact or harm arising from an Act of Terrorism. Protections apply only to claims arising out of, relating to, or resulting from an Act of Terrorism.

The SAFETY Act provides two levels of liability protections to help promote the creation, deployment and use of anti-terrorism technologies.

The seller’s liability for products or services that are deemed Designated Technologies is limited to the amount of liability insurance that the Department of Homeland Security determines the seller must maintain. Designation can also be obtained for promising anti-terrorism technologies that are undergoing testing and evaluation (Developmental Testing and Evaluation Designations).

Designations and Developmental Testing and Evaluation Designations provide the following benefits to companies.

In addition to the benefits provided under Designation, Certification allows a seller of an anti-terrorism technology to assert the Government Contractor Defense for claims arising from acts of terrorism. Technologies that receive Certification will be placed on SAFETY Act Product List for Homeland Security.

The SAFETY Act site states, “DT&E Designations will include limitations on the use and deployment of the subject technology.” Is your venue covered?

Yes, your venue is covered. The limitations of any DT&E Designation are described in each respective “Exhibit A” attached to the SAFETY Act Award for each Technology. Our “Exhibit A” does not place any limitations on our coverage, deployments, nor our locations. Our full “Exhibit A” is available upon request.

What is a Person-Borne Explosives Detection Dog or PB-EDD? Learn more.